Apple fans are eagerly waiting for the WWDC event which is scheduled for June 4. In the meantime many leaks about iPhone 6 or next iPhone was shared on the internet. According to the rumors there might be two iPhones with 4.7 inch display and 5.5 inch display. Here is an exclusive comparison video of  leaked case of iPhone 6 with iPhone 5S, Google Nexus 5 and Samsung Galaxy Note 3.

Let’s breakdown the points from the video.

The case is larger than the iPhone 5S and looks similar to nexus 5 and smaller than Samsung galaxy S5.

There is noticeable difference if the volume rockers are compared with iPhone 5S. The mute button and volume buttons looks similar to iPad mini retina and iPad Air. 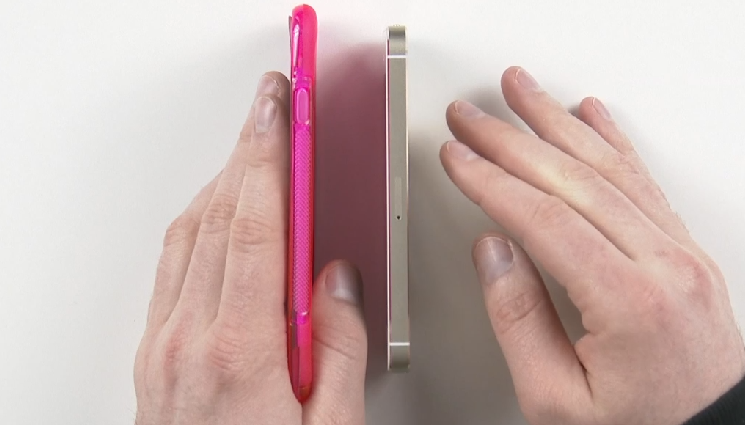 Over all the case itself slimmer than the nexus 5 and iPhone 5S. The actual device must be smaller for the case to fit.

Here is the full video of the comparison by unbox therapy. Do let us know what you think about the leaked iPhone case.