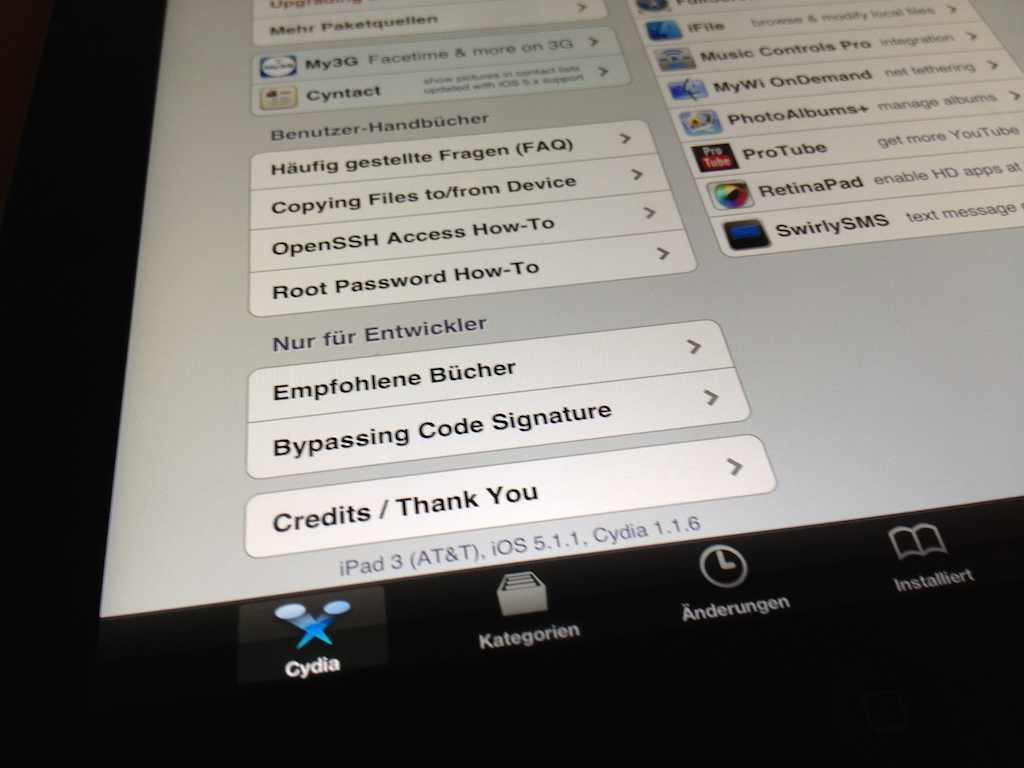 Some hours ago, Stefan Esser aka i0n1c, posted yet another image on Twitter like previous times of  The New iPad running iOS 5.1.1 and Cydia, which means that he has managed to jailbreak iOS 5.1.1 for an A5 device, the very OS which was launched some hours ago via Apple. This surely is fast !

We all know that i0n1c did the same with iOS 5.1 when it was released and he was the first to manage a jailbreak on the OS and also The New iPad running the same OS with an exploit he discovered while finding vulnerabilities on iOS 5.0.1 regarding its jailbreak, but since pod2g already managed to jailbreak iOS 5.1.1 untethered and posted it to public, so i0n1c saved the exploit as a trump card for later use and to his luck Apple hasn’t been able to patch that certain exploit and due to which i0n1c was able to jailbreak  iOS 5.1 and iOS 5.1.1 and that to on A5 devices, which is a very difficult task. Also, one more thing is that we don’t know yet whether this jailbreak is a tethered or an untethered one.

But the news still brings disappointment for us as i0n1c won’t release the jailbreak out to the public as he believes that despite all the hardwork and sleepless nights they put into developing the jailbreak, they get nothing in return while at the same time being many other benefit millions out of the same. So for now, all we can do is wait for pod2g to clarify us on the news whether if the untether jailbreak  he achieved some days ago will work for iOS 5.1.1 or not ?