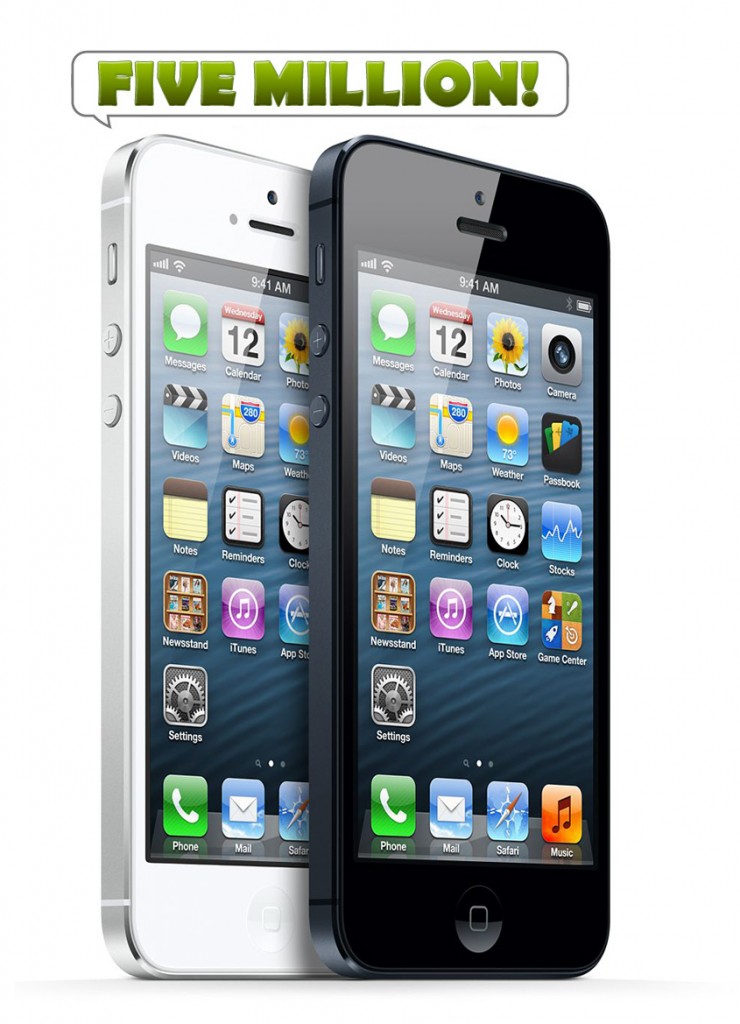 CUPERTINO, California—September 24, 2012—Apple® today announced it has sold over five million of its new iPhone® 5, just three days after its launch on September 21, and more than 100 million iOS devices have been updated with iOS 6, the world’s most advanced mobile operating system. iPhone 5 is available in the US, Australia, Canada, France, Germany, Hong Kong, Japan, Singapore and the UK, and will be available in 22 more countries on September 28 and more than 100 countries by the end of the year. Demand for iPhone 5 exceeded the initial supply and while the majority of pre-orders have been shipped to customers, many are scheduled to be shipped in October.

“Demand for iPhone 5 has been incredible and we are working hard to get an iPhone 5 into the hands of every customer who wants one as quickly as possible,” said Tim Cook, Apple’s CEO. “While we have sold out of our initial supply, stores continue to receive iPhone 5 shipments regularly and customers can continue to order online and receive an estimated delivery date. We appreciate everyone’s patience and are working hard to build enough iPhone 5s for everyone.”

iPhone 5 is the thinnest and lightest iPhone ever, completely redesigned to feature a stunning new 4-inch Retina™ display; an Apple-designed A6 chip for blazing fast performance; and ultrafast wireless technology*—all while delivering even better battery life.**