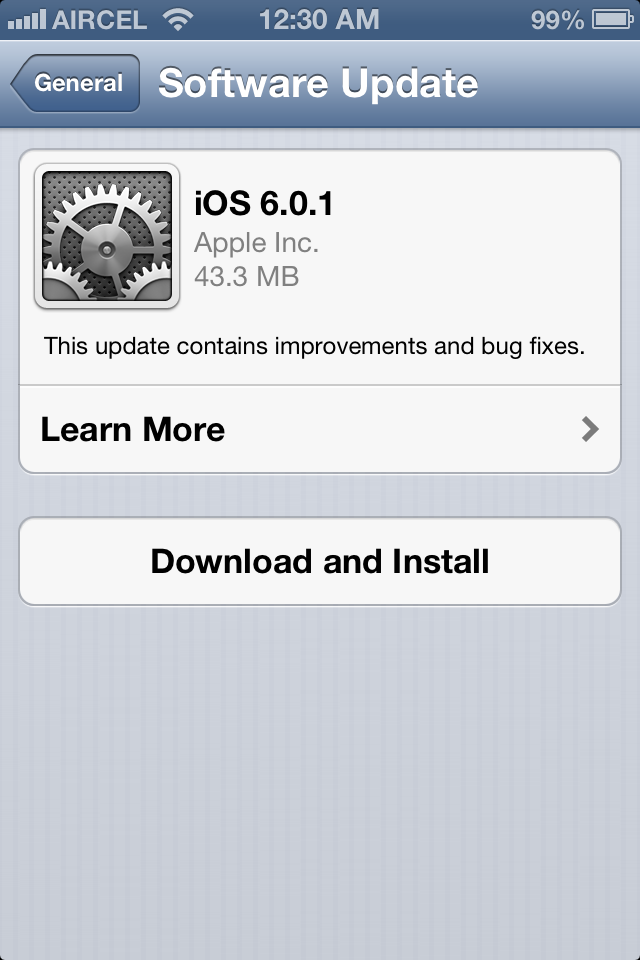 Apple just released iOS6.0.1 which is a minor update to fix performance issues and also to fix some bugs in iPhone 5 and other iOS devices. This update is available as OTA update and it weighs just 43.3MB. We suggest you to update your iPhone 5 since this update comes with lots of bug fixes. Detailed change log from Apple attached below.