Anton Kudin, posted a new concept of unlocking the iPhone called as “Fold To Unlock”  instead of old “Slide To Unlock”. It is such a nice concept in which we have to fold the lock screen just like a Smart Cover and it reveals the home screen. 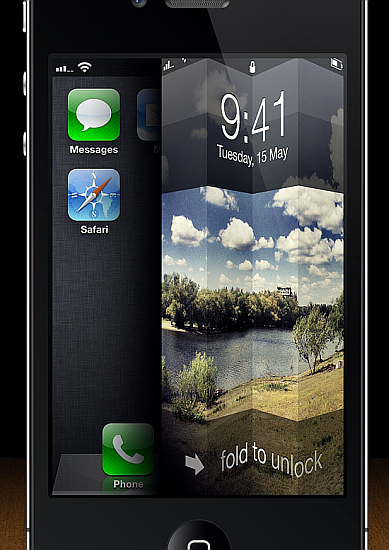 Today JeffBenjam posted a video showing the Cydia tweak called “Unfold” which brings Fold to Unlock concept to life. AWESOME it is. Have a look at the video below.

This tweak is expected to hit Cydia very soon. We will let you know when its available.